Home > Financial > Making A Budget When You Are On Your Own

Making A Budget When You Are On Your Own 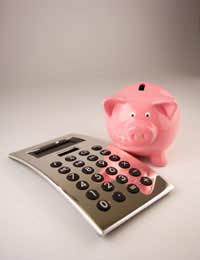 Except for a rare few, money is tight for everyone in the wake of a separation and divorce. Instead of running one household on two incomes, there are now two households to be run, each with a lot less coming in. It’s a stretch.

That’s why a budget is so important. The inclination is to keep up the habits you had, which can soon leave you in debt. Keeping within your means, and even making sure you save a little each month, is an excellent way to stay in control of your life and even begin planning for the future.

Where Can You Cut Back?

Obviously, there are certain areas where you simply can’t cut back – in housing and utilities, for example (although shopping around for the best deal on utilities is always a good idea).

But what about car payments? Yes, that new car is a dream to drive, but do you really need it? Think of how much is going out of your bank account every month to pay for it, and the amount of interest, not to mention insurance. Why not sell it and buy something older for cash, or even much lower payments? It won’t be as fancy, but your wallet will be smiling.

Look at your bank statements and check back through your credit card payments to try and spot patterns in your spending. Are there a lot of impulse purchases? If so, learn to restrain yourself. A little present once in a while can cheer you up, but don’t make it a regular thing.

Probably the biggest area where most people can cut back is entertainment. If you’re used to going to the pub four or five nights a week, cut it back to two. Do you have satellite or cable television? Think – do you need it, or is it there simply because you’re used to it? Cut it out, be ruthless. The savings might be small, but they really do mount up.

What about the supermarket? Do you buy a lot of ready meals or luxury items? Try cooking from scratch instead. You’ll quickly find it’s a lot cheaper, and there’s far more satisfaction in food you prepare yourself. Look for bargains and steer away from the luxuries unless they’re on offer.

Learning To Live On A Budget

It can be difficult in the beginning, stopping yourself from reaching for familiar items or becoming accustomed to living without certain services. After a while, however, it becomes a habit and you don’t even notice it any more. You’ve tightened your belt and it’s become the life you lead. It might not be as grand as it once was, but it’s far from desperation.

Something you should also start doing at this point is saving. Open a savings account – or two! – and make sure you put a certain amount in it each week. It doesn’t have to be much, but the mere sense of doing it is good. Perhaps you could have one as a general savings account, and another for put money aside for something like a holiday.

In a matter of months, living on a budget will become second nature. True, you probably won’t enjoy as many nights out or take-aways, but you’ll be in control of your life and your money, and the peace of mind that brings is worth far more.