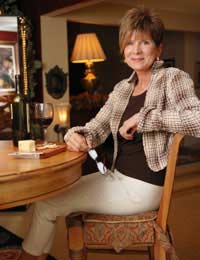 It’s not easy to start attending events alone when you’ve been used to being part of a pair for many years, but with the alternative being to sit at home by yourself, it’s something that’s worth getting used to.

Of course, you’re unlikely to want your first outing as a single person to be to a Valentine’s dinner or a couple’s convention, but if you pick your first couple of events carefully you’ll soon be able to go wherever you fancy.

Don’t forget that it is now entirely socially acceptable to attend events by yourself – it was only in the sixties and early seventies that a woman couldn’t sit by herself in a pub, even if she wanted to, whereas now there are all manner of events where it doesn’t matter one jot whether you’re single or in a couple.

Even dinner parties, that classic suburban cliché so awash with couples, is now just as likely to have a single person sitting alongside a married person attending by themselves. People are far more likely to do what suits them best now, even if it means leaving their partner at home to baby-sit, or simply because it’s not their type of thing.

Consequently, a recently separated person doesn’t ‘stand out’ in the same way they perhaps they used to when attending events alone. Even if that doesn’t actually help you feel any better or less conscious, at least be comforted to know that nobody else really cares – they’re too busy thinking about themselves!

Preparing to Attend an Event Alone

Preparing yourself to attend your first event alone as a recently separated person is not to be taken lightly. Accept that you are going to feel a bit weird and don’t be too harsh on yourself. If having a new haircut or getting your favourite outfit dry cleaned will help to give you a little boost, do it.

If you’re concerned about making small talk with new people, give yourself time to sit with a cup of coffee and a decent newspaper so you can have a conversation about the day’s world events, or even the popular television programme from the night before. Twitter is good for a conversation starter – check out what topics are trending to know the issues people are talking about.

It’s also worth getting acquainted with the purpose of the event so that you do not feel more uncomfortable than necessary. So if the event is a fundraising event for example, make sure you know about the charity so that you can talk about an appropriate topic with people you meet. Even though standing near the drinks table is a good way to meet people, be careful not to drink too much! It’s easy to knock back the wine when you’re feeling nervous, but it’s better to pace yourself, or ideally have a long drink such as a spritzer, that way you’ve got a drink in your hand to avoid feeling strange about how to stand, but you’re not guzzling back the alcohol.

What to Tell Your Colleagues When You're Separating